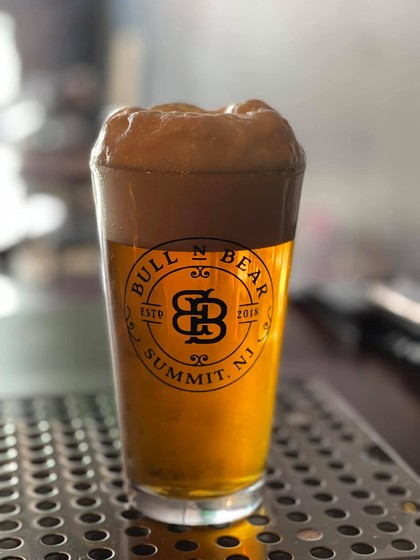 Opened in the spring of 2021, Bull 'n Bear Brewery brews on a 10 Barrel Steam System. They have 5 10-barrel fermenters and 2 10-barrel brite tanks. They also have a smaller pilot system of 3 barrels for researching and developing new recipes.

Founder & Owner Will Dodge is on a mission to create a strong brand of craft brewed beer that will one day be recognized across New Jersey as one of quality, consistency, creativity and drinkability. Will first started brewing his own beer at home due to a craving for a pumpkin ale in April. Fascinated at how simple, yet complicated, it could be, his love for brewing took off. After forming a friendship with the Head Brewer the idea of Bull N Bear Brewery was conceived.

Will has a financial background with seven years of working in the finance industry and has achieved the Series 7, 66 and life insurance licenses. Will has also passed the level 1 CFA exam. Will wants to take his financial experience and combine it with his passion for beer to create this one-of-a-kind brew pub in Summit, New Jersey... Bull N Bear Brewery.

Due to NJ Liquor Licensing laws, the Brewery is BYOF... Bring Your Own Food.